Over 1,000 people poured in to Mt. Lehman Winery on Saturday, July 14, to hear Andrew Scheer’s Conservative vision for Canada.

Fiscal responsibility is at the core of his message.

“I don’t think there’s one person in the audience today, or one person you meet as you go about your place of work or in your neighbourhood, who would leave their kids with a credit card bill for their spending. And that is exactly what Justin Trudeau is doing. It is inter-generational injustice and Conservatives will stop it,” Andrew Scheer said. 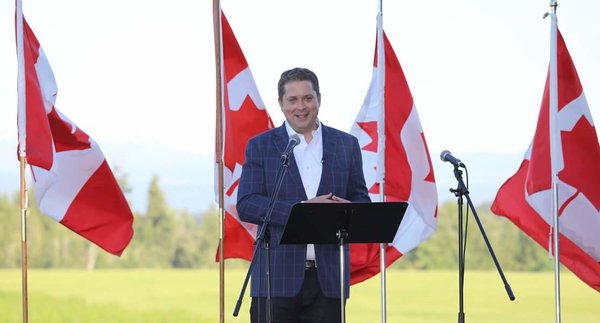 He also reflected on the importance of working together, and of presenting a strong Conservative message to Canadians. He used Richard Martel’s recent byelection win in the Quebec riding of Chicoutimi-Le Fjord to illustrate his point.

"That’s how we’re going to win in British Columbia as well.”

“We just won a byelection in Quebec that we hadn’t won since 1997 by staying true to our Conservative message and by bringing it forward to the people of Canada in a positive way that shows how it will benefit their lives. That’s how we’re going to win in British Columbia as well.”

“We know we can win when we work together. I want to thank every British Columbia riding for helping out with that byelection.”

Mission-Matsqui-Fraser Canyon was one of the many BC ridings who helped finance Martel’s victory.

“All of us working together, we can make sure that we can form a majority government in 2019 that brings back fiscal responsibility, ensures that the next generation will have it even better than ourselves, and stand up for those fundamental freedoms and values that have made Canada the greatest country on earth,” Scheer said.

"Our Conservative family is enthusiastic, motivated and eager to fight the next federal election.”

Brad Vis, Conservative Party Candidate for Mission-Matsqui-Fraser Canyon, applauded Scheer’s call to unity and cooperation. He is eager for the official campaign to begin.

“The citizens of Mission-Matsqui-Fraser Canyon deserve a responsible and accountable Member of Parliament. Neither the Prime Minister or our temporary MP can stand on their record. They don’t have one. Our Conservative family is enthusiastic, motivated and eager to fight the next federal election.”

"Canada deserves better, and Andrew Scheer is poised to deliver.”

“It’s no surprise that Andrew Scheer attracted such a large crowd to Abbotsford,” said Abbotsford MP Ed Fast. “British Columbians are waking up to the fact that Justin Trudeau has failed on all of the big issues - illegal migrants, ballooning deficits, harmful carbon taxes and repeated ethical lapses. Canada deserves better, and Andrew Scheer is poised to deliver.” 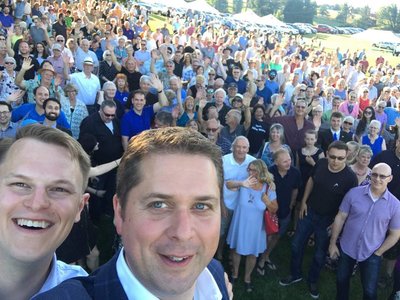 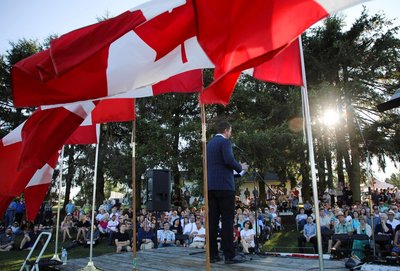